The Wild West loved its outlaws. Two of Arizona’s most famous lived during the 20th century.

Public Enemy Number One -- John Dillinger -- was a bank robber and killer, but he seemed a glamorous figure during the Depression.

Dillinger and his henchmen fled to Tucson in 1934 after killing two guards during an Ohio jailbreak.  The downtown hotel they checked into caught fire that night.

An alert firefighter recognized the men from a photo in “True Detective” Magazine and told police. Media flocked to Tucson to getthe story of the firefighter and the surly killers.  Tucsonans still hold re-enactments during Dillinger days.

Media also came to Arizona to interview a rare female outlaw in 1899 named Pearl Hart, who robbed a stagecoach near Florence with her partner Joe Boot.  At her trial she told such a sad story of needing to visit her sick mother that the judge acquitted her.

But she couldn’t stay out of trouble, and ended up in the Yuma Prison, where reporters loved to visit the saucy seducer of both guards and visitors in her private quarters.

Hart is said to have died in obscurity – possibly in Globe in the 1930s.  The surroundings might have been familiar, considering jail cells from the Yuma Prison were also moved to Globe. You can still see them there today. 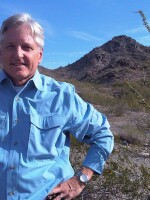 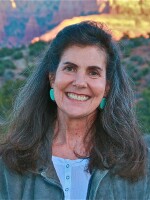