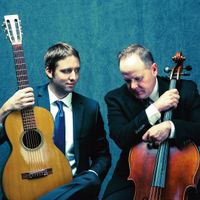 Matt Bingham is a songwriter who lives in Flagstaff, AZ. He grew up loving music and was captured by the sounds of his parent’s favorite songwriters. He started playing guitar when he was twelve and after different musical endeavors, was inspired to develop his own voice and start writing songs. He finished his first album in 2009 and has since put out 8 albums (most of which can be found on iTunes and other online digital music places). Andrew Hamby has played the cello since he was seven and is the principal cellist with the Flagstaff Symphony. Quench your hunger and thirst with local bites and brews at this fun, outdoor musical event. Food, beer, wine and soda available for cash purchase. Museum galleries and bookstore are open late for you to browse