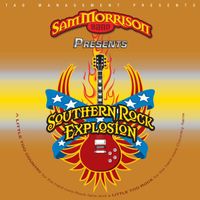 Southern Rock Explosion March 27th, 2020 7 PM The Sam Morrison Band has been playing their brand of traditional Southern rock for over 10 years now. There Bob Seger tribute show is a firm ELKS THEATRE favorite, and we are all very excited to bring them back with their Southern Rock Show! Hailing from Fullerton, California, they are on a mission to bring back the real music for real people with songs that reflect the traditional American values and way of life. As well as having toured United States extensively, Sam Morrison Band has taken their live show in several locations around Europe and even to south-Korea while performing to US military personnel. Tickets available online at http://www.prescottelkstheater.com/; or by calling the box office at; 928.777.1370.