KNAU Classical 106.1 in Prescott is currently down due to technical difficulties. Our engineers are working out a solution, but have not established an estimated time of service restoration. Thank you for your patience.
Local Headlines

Motor Excellence is a four year old company developing electric motor technologies.   After more than doubling its workforce in the past year to 56 full time positions, the board decided yesterday to lay off 16 people.  President Jon MrKonich said it was a business decision, so the company could focus getting their core products to market.

"We had been working on different what we call spoke companies," MrKonich said. " One was for generation and one was for large propulsion.  And although we've got some exciting initial results with prototypes, from a business perspective we decided to scale that back and just focus on the three core initiatives we've got.

Motor Excellence's powerful electric or e-bikes will likely be available to European consumers in 20-12, and its robotics technology could be utilized  in prosthetics the following year, helping people walk normally.  Motor Excellence is also working on a 2.5 inch motor.  The company continues to employ 39 full time people, some of whom will build the electric motors which will be exported next year 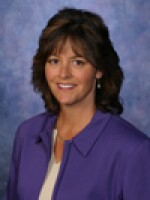 Theresa Bierer
Theresa Bierer started at KNAU in 1995. She hosted All Things Considered and Morning Edition until 1997 when her first child was born. Today, she works as a reporter and an on-air host when other people are on assignment. Theresa enjoyed working with students as a full time faculty member in NAU's School of Communication but found she longed to spend more time reporting. Her career began in 1980 as a high school TV news anchor. Theresa's first paid job started in 1983 at Flagstaff's KCLS Radio. She did TV News in Oregon, Minnesota, South Dakota & Wisconsin before returning to Arizona.
See stories by Theresa Bierer
Lee Born's Weather
Warming continues into the weekend. Breeziness picks up Sunday ahead a storm due to bring a return of cold and unsettled weather early next week, snow and rain amounts appear minimal.
Current Thank You Gifts
View our Current Membership Thank You Gifts
What We Know, And What You Can Do To Help
Learn More