Dispatches from the Republic Othernes

I've heard it said that these days, there aren't any travelers only tourists. The tourist collects memories. The traveler engages the world and comes home changed.
Judging from the essays and poems in Dispatches from the Republic of Otherness, Laura Kelly is a pilgrim of the old order, one for whom the road is a path to self-discovery. In college, she studied journalism. And it was as a journalist and writing teacher that she gained entry into countries on the other side of the world: Mongolia, Slovakia, Bulgaria. She traveled during the turbulent nineties just after the collapse of the Soviet bloc.
For a year, she lived in Albania. Albania: Ruled for 50 years by the dictator, Enver Hoxha. He was famous for persecuting scientists and intellectuals, for banning all religions. Kelly was thrilled to be a part of this country as it struggled to form a new democracy. But once there, she found herself inhabiting a different place, the country of the outsider. One afternoon in the capital, Tirana, she got caught in the rain. Two baby-faced policemen beckoned to her from dry ground and shouted in a language she didn't understand. They had mismatched socks, bad teeth, and they carried AK-47s. She was locked down by uncertainty. Who were they, these sons of a very old country, whose struggles and history she could barely glean? And was it safe to come in out of the rain?
Kelly fills these pages with beautifully detailed scenes. We see billowing laundry on balconies, razor wire on rooftops; city streets jammed with horse-drawn carts, vespas, and stolen Mercedes the ritzy cars pilfered from richer countries. Each sketch features a point of contact. There are excruciating but hilarious moments: a flight to Nepal where the traveler gets edged into the aisle, a fellow passenger's vomit in her seat. Her seatmates, chanting monks, turn deaf ears, a flight attendant scolds, and a pilot with roving hands tries to cross a more personal border. And there are poignant moments, too, where teacher and students reverse roles, break language barriers and find common ground.
If you didn't get a chance to travel this summer, or even if you did, but only sampled other places and now have fading memories, you'll find a trip to remember in Laura Kelly's Dispatches from the Republic of Otherness. 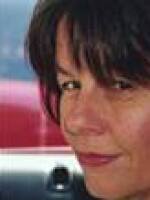 Ann Cummins
Ann Cummins is Professor of Creative Writing at Northern Arizona University. She has published stories in The New Yorker, McSweeney’s, Antioch Review, and elsewhere; her fiction has been anthologized in a variety of series including The Best American Short Stories, The Prentice Hall Anthology of Women’s Literature, and The Anchor Book of New American Short Stories. A 2002 recipient of a Lannan Foundation Literary Fellowship, she is the author of the short story collection Red Ant House, (Houghton Mifflin, spring, 2003) and the novel Yellowcake (Houghton Mifflin, 2007).
See stories by Ann Cummins
Lee Born's Weather
Sunny and seasonably cool this weekend. Sunday winds increase ahead of a storm due to bring a return of rain and snow to the region Monday and Tuesday, lingering in eastern AZ into Wednesday. Snowy details currently range from 3-8” above 5500’ (higher amounts along the Mogollon Rim and mountains of Yavapai county) and 1-2’ down to 4000’.
Current Thank You Gifts
View our Current Membership Thank You Gifts
What We Know, And What You Can Do To Help
Learn More