Proposed Gondola For Grand Canyon's Rim Has Community On Edge

(Editor's note: The audio introduction to this story incorrectly states that developers want to build a casino on the eastern edge of the Grand Canyon as part of a new development project. In fact, a casino is not part of the project.)

About 100 miles north of Flagstaff, Ariz., a long dirt road ends at a precipice. Thirty-five-hundred feet below, the Colorado and Little Colorado rivers meet at the floor of the Grand Canyon.

Developer R. Lamar Whitmer took one look at this stunning view and saw opportunity. He envisions a gondola ride, two hotels, a restaurant, a cultural center, an amphitheater and an elevated walkway along the river's edge.

Whitmer believes the project would keep Navajos from moving off the reservation to find jobs.

Developers are trying to broker a deal with the Navajo Nation to build on the eastern edge of the Grand Canyon. But many Hopi, Zuni and Navajo people consider the Navajo land sacred. Navajo leaders are divided over whether to allow desperately needed economic development on a place they believe to be holy.

The Grand Canyon Escalade proposal promises the tribe 3,200 jobs, a road, infrastructure and at least 8 percent of gross revenues. The trade-off: 420 acres of land considered holy by many tribal members.

But Whitmer says it is not a documented sacred site.

But Renae Yellowhorse, who has been actively protesting the development, isn't going to accept it.

On a recent breezy morning, Yellowhorse sent her prayers out to the wind, which she says carries them to her ancestors at the place where two rivers meet, known as the Confluence.

"Where the waters come together, that's where life comes from, and then when we go back, after we finish our life journeys, that's where we go back to. These are clan stories; these are not stories that are in any books," she says.

In addition to the Navajo, the Zuni and Hopi also believe the site is sacred. The Hopi Tribal Council, led by Chairman Herman Honanie, has passed a resolution opposing the development.

"Right now as I'm looking at it, at the Confluence [where the rivers join], it is just surreal," says Honanie. "It's just majestic. ... Why would anybody want to alter it in any state whatsoever, minute or grand? This belongs to the people. And I feel in some way that's why it was created."

But former Navajo president Albert Hale is in favor of the development project, as is Brian Kensley, manager of the Navajo Nation's Bodaway Gap Chapter, along with many other tribal members. Kensley says this portion of the Navajo Nation has been neglected for too long.

For five decades the federal government prohibited development on this land. Now that the freeze is lifted, Kensley sees the Escalade project as a chance for a better life.

"Of course it's a majestic area. It's an origin area, an oral tradition area. It's a seventh wonder of the world in our backyard. But I would like to share that sacredness with other outside people," Kensley says.

The developers are hopeful they'll find a compromise — and that the Escalade attraction will open in 2018.

The audio introduction to this story incorrectly states that developers want to build a casino on the eastern edge of the Grand Canyon as part of a new development project. In fact, a casino is not part of the project. 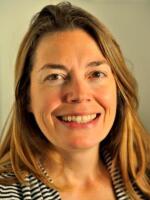 Laurel Morales
See stories by Laurel Morales
Lee Born's Weather
Sunny, breezy and cool Tuesday. Temperatures warm back up and winds increase again late week ahead of a storm that will bring chances for precipitation Friday into the weekend. The period of most significant rain and snow showers looks to be Sunday night into Monday, stay tuned.
Current Thank You Gifts
View our Current Membership Thank You Gifts
What We Know, And What You Can Do To Help
Learn More