KNAU Classical 106.1 in Prescott is currently down due to technical difficulties. Our engineers are working out a solution, but have not established an estimated time of service restoration. Thank you for your patience.
Fronteras

The terms "Latino" and "Hispanic" are often used interchangeably. In fact, we, at the Fronteras Desk, have done so in our reporting. But we recently embarked on an investigative journey to figure out what those terms really mean, and which term most accurately describes the population we often assume it does.

It all started with a story my colleague Nadine Arroyo Rodriguez did a few weeks back – about a survey by the Pew Hispanic Center that found more than half of Hispanics/Latinos don't identify with either term.

Listener James Rogers, who's background is Brazilian, wrote in to say Hispanic and Latino don't mean the same thing.

“The story presupposed that the categories Hispanic and Latino only include Spanish-speakers," Rogers told reporter Devin Browne at his office in Phoenix, "and there’s a lot of Brazilians who would define themselves as being Latino, as well.”

Brazilians, of course, speak Portuguese. And as Rogers pointed out, there are more Portuguese speakers on the South American continent than Spanish speakers. Plus, there are more than 1 million Brazilians living in the U.S., according to the Brazilian government (the U.S. government says the number is closer to 400,000).

Rogers doesn't consider himself Hispanic, but he does fancy himself a Latino.

That got us thinking, who else might we be marginalizing when we lump together Latinos or Hispanics?

As good American journalists, our first stop was the Associated Press Stylebook. Here are the entries for the terms "Hispanic" and "Latino."

Hispanic A person from – or whose ancestors were from – a Spanish-speaking land or culture. Latino and Latina are sometimes preferred. Follow the person's preference. Use a more specific identification when possible, such as Cuban, Puerto Rican or Mexican-American.

Latino Often the preferred term for a person from – or whose ancestors were from – a Spanish-speaking land or culture or from Latin America. Latina is the feminine form. Follow the person's preference. Use a more specific identification when possible, such as Cuban, Puerto Rican, Brazilian or Mexican-American.

So Rogers was right. Brazilians are presumably included in the "or from Latin America" part of the description for "Latino."

We're happy to follow people's preference. But what about when we're talking about the population as a whole, as in the coveted Latino/Hispanic voter?

Fronteras reporters went out to take the pulse on the streets. Nick Blumberg in Phoenix interviewed several young women at a press conference held by the Arizona DREAM Act Coalition.

"I think I can relate more to being Hispanic," said Jackie Sanchez. "I think it’s more of a community thing, and Hispanic is being, like, from Mexico. Because that’s where I’m from, so I’m Hispanic."

We want to hear from you: Which term do you prefer? Why? Share your story by clicking here.

“I like the term Latina because in my mind I think of Latin American," she said. "And it also brings some flavor and identity to myself.”

At a community center in San Diego, reporter Adrian Florido interviewed Valentina Torres during a cultural exchange between Mixtec indigenous people from Oaxaca, Mexico and Spanish and English speaking San Diegans. Many Mixtecs — and many immigrants from indigenous groups throughout Latin America — don't speak Spanish or English, but rather their native language.

Torres said she doesn't see herself as Hispanic or Latina.

“My indigenous background and culture is very different from Latin American countries,” Torres said. “I usually mark the little box that says ‘Other.’

There you have it. We have one Hispanic. One Latina. And one “Other.” This is precisely the problem.

We asked UCLA professor David Hayes-Bautista if he could shed some light on the matter. He's the director of the Center for the Study of Latino Health and Culture at UCLA.

Hayes-Bautista wrote an article about the “Latino” versus “Hispanic” dispute in the American Journal of Public Health back in 1987. He’s traced the history of these terms —as they've been used to describe a pan-Latin American population in the U.S. — to the California Gold Rush days.

The debate has never been resolved, he said.

“In the almost 50 years I’ve been involved in sort of the Chicano, the larger Latino movement in this country, I have never found one single term that satisfies everyone," he said.

So he tries to pick the least polarizing term, which he thinks is Latino.

But if you really want to be precise when looking at something like a survey of the Latino vote, or a study of Hispanic health trends, you have to figure out who exactly is included, he said.

“What do they mean? Who was really in there? Was it by surname, was it by language, was it by birthplace?" he said.

In the end, Hayes-Bautista said, it’s a complex, and fuzzy, population cohort.

After gathering the information, I called my editor so we could make a final decision on which term the Fronteras Desk should use. The term "Latino" does seem more encompassing, we decided, although people with roots in Latin American indigenous communities could still feel left out of that category.

The not-so-perfect verdict was — Latino.

But we'll still do our best to describe our sources by the term they think fits them. 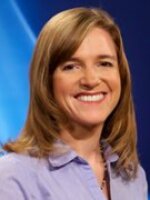 Jill Replogle
Jill Replogle is a Fronteras reporter in San Diego. She has been a journalist for more than 10 years, reporting from Central America, Mexico and California.
See stories by Jill Replogle
Lee Born's Weather
Warming continues into the weekend. Breeziness picks up Sunday ahead a storm due to bring a return of cold and unsettled weather early next week, snow and rain amounts appear minimal.
Current Thank You Gifts
View our Current Membership Thank You Gifts
What We Know, And What You Can Do To Help
Learn More