KNAU 106.1 in Prescott is currently down due to technical difficulties. Our engineer is working toward a solution and expects a solution tomorrow. Thank you for your patience.
Weather

Following an extremely warm, dry monsoon, fall and early winter in which precipitation totals were the driest in recorded history for much of the region, a wet and snowy January has finally brought some drought relief. Snowfall from recent storms has allowed the high country to rebound to nearly 70% of average values. Much of the drought impacts have been focused in short term influences such as forage for ranchers, water availability for land wildlife, and small streams for aquatic ecosystems.

Drought Emergency Declaration remains in effect for the state of Arizona as signed by the governor in accordance with the Arizona Drought Preparedness Plan. The continuation of this Drought Emergency has been recommended by the Drought Interagency Coordinating Group in their bi-annual meeting on November 10, 2020. This recommendation is based on long term precipitation deficits, along with ongoing negative impacts across the state. 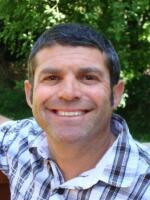 Lee Born
Lee.Born@nau.com
See stories by Lee Born
Lee Born's Weather
Low pressure will track across Mexico Tuesday night with spotty showers south of the Mogollon Rim, otherwise skies will clear lending to very cold morning low temperatures across snow covered terrain. Dry and gradually warmer afternoons are forecast into a pleasant weekend ahead.
Current Thank You Gifts
View our Current Membership Thank You Gifts
What We Know, And What You Can Do To Help
Learn More