The FBI says an Arizona man was armed with a knife when he was fatally shot by a National Park Service ranger at a national monument.

Today marks the 30th anniversary of National Coming Out Day, a day to support lesbian, gay, bisexual and transgendered people in their decision to reveal their sexual identity. For many, there’s a sense of freedom and pride with coming out. Yet, it can be a difficult experience for others. Marion Griffin was forced to come out when she was a student at Northern Arizona University. Today, she works at NAU’s Office of Inclusion, and shared her story with KNAU’s Aaron Granillo.

With voter registration closed, Coconino County is likely to set a record for registered voters for the second election in a row.

Former long-time State Superintendent of Public Instruction, Carolyn Warner, has died at the age of 88.

A former official with the Navajo Nation's Dilkon Chapter has been found guilty of forgery.

The FBI is investigating a shooting that left a man dead at a national monument in northeastern Arizona.

Excessive road noise is a scourge of modern life. Barrier walls along busy highways don’t always reduce the ruckus because sound waves can jump the walls—especially on windy days.

Seven U.S. states in the Southwest that depend on the overtaxed Colorado River have reached tentative agreements on how to manage the waterway amid an unprecedented drought, officials said Tuesday.

The announcement was a long-awaited step toward preserving the river, which supports 40 million people and 6,300 square miles (16,300 square kilometers) of farmland in the U.S. and Mexico.

"We have, after many years of discussion and negotiation, a real milestone," said James Eklund, a water lawyer who represents Colorado in the interstate negotiations on the river.

The U.S. Bureau of Reclamation, which manages major reservoirs across the West, says the chances of a shortfall in Lake Mead are 57 percent by 2020.

The reservoir has never fallen low enough to trigger a shortage before. If it happens, mandatory cutbacks would hit Arizona, Nevada and Mexico first.

The drought contingency plans announced Tuesday are not designed to prevent a shortage in the river system, but to manage and minimize the effects.

The two major components of the plans cover the Upper Basin, where most of the water originates as Rocky Mountain snowfall, and the Lower Basin, which consumes more of the water because it has more people and more farms.

Colorado, New Mexico, Utah and Wyoming are in the Upper Basin. Arizona, California and Nevada are in the Lower Basin.

The Lower Basin plan is detailed and specific, but the Upper Basin plan outlines what steps the states would take if things get worse, said Karen Kwon, Colorado's assistant attorney general.

It will likely be next year before all seven states and the U.S. government approve the plans, Kwon said. Mexico agreed last year to participate in drought planning.

Reaching the agreements was a complex and delicate task because the river is not controlled by a single agency. Instead, it is governed by interstate compacts, international treaties and court rulings, known collectively as the law of the river.

WHAT COULD HAPPEN TO FEDERAL FUNDING FOR PUBLIC MEDIA?

What we know, and what you can do to help

Stay Informed with the Latest News

What's going on around Northern Arizona?

News from the State Capital

The latest news & stories from NPR 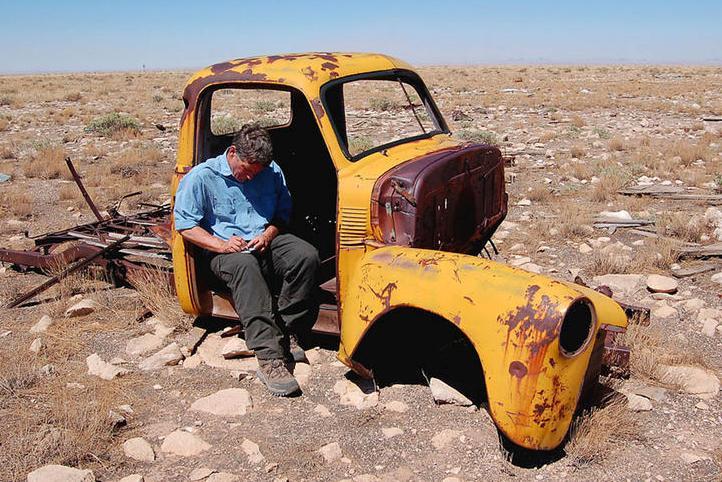